You are here: Home / Fabio Galdi

Chief Technology Officer, and Chairman of the Board of Directors 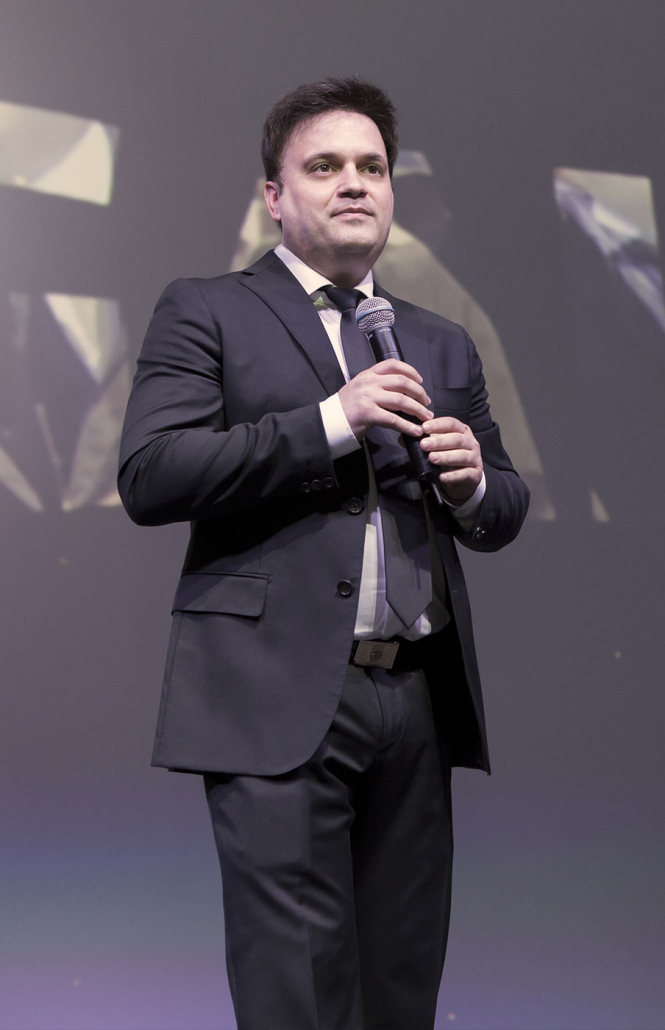 Fabio Galdi has served as our Chief Technology Officer since February 1, 2018. On October 29, 2014, Mr. Fabio Galdi was named our Chief Executive Officer, President, and Secretary, and appointed as Chairman of the Board of Directors. On May 12, 2017, Mr. Galdi resigned from these positions but was re-appointed as our Chairman of the Board on January 12, 2018. Mr. Galdi is currently the President and CEO of VYVO, a multinational, direct selling wearables and technology products company based in the USA and our sole distributor.

Mr. Galdi is a computer science and telecommunications expert. He graduated in 1992 from the Technical and Industrial College at ITIS G. Marconi, Italy, with a degree in Computer Science. Mr. Galdi began his career as an Internet and technology entrepreneur. In 1994, he created the People\’s Network, an Internet start-up in Europe that became Italy’s second-largest internet service provider and the fifth largest in Europe. In 1997 he successfully exited this business. Mr. Galdi subsequently founded Mecotek International, an information technology company based in Singapore, where he was responsible for Product Strategy and set up manufacturing in China and Thailand in 2002 and partnered with Italy’s public administration to undertake one of their biggest custom-made, personal computer project, valued at more than 60 Million Euros. In 2005, he founded his first Network Marketing company specializing in telecommunications, Telme Communication Pte Ltd., building operations in more than 50 countries, with over 250,000 subscribers and 75,000 distributors and over 100 million dollars in revenue. Mr. Galdi resigned from this company in 2009. Mr. Galdi served as Chief Executive Officer and Secretary of World Assurance Group, Inc. (now named Power Clouds Inc.)(OTC: PWCL) from March 5, 2014, to April 1, 2015, and as Chairman of the Board from March 5, 2014, to October 12, 2015.

Helo Corp uses cookies to learn more about our visitors. By continuing or clicking OK, you are consenting to our use of cookies.

We may request cookies to be set on your device. We use cookies to let us know when you visit our websites, how you interact with us, to enrich your user experience, and to customize your relationship with our website.

Click on the different category headings to find out more. You can also change some of your preferences. Note that blocking some types of cookies may impact your experience on our websites and the services we are able to offer.

These cookies are strictly necessary to provide you with services available through our website and to use some of its features.

Because these cookies are strictly necessary to deliver the website, you cannot refuse them without impacting how our site functions. You can block or delete them by changing your browser settings and force blocking all cookies on this website.

We also use different external services like Google Webfonts, Google Maps and external Video providers. Since these providers may collect personal data like your IP address we allow you to block them here. Please be aware that this might heavily reduce the functionality and appearance of our site. Changes will take effect once you reload the page.